The Focus of All the Scriptures 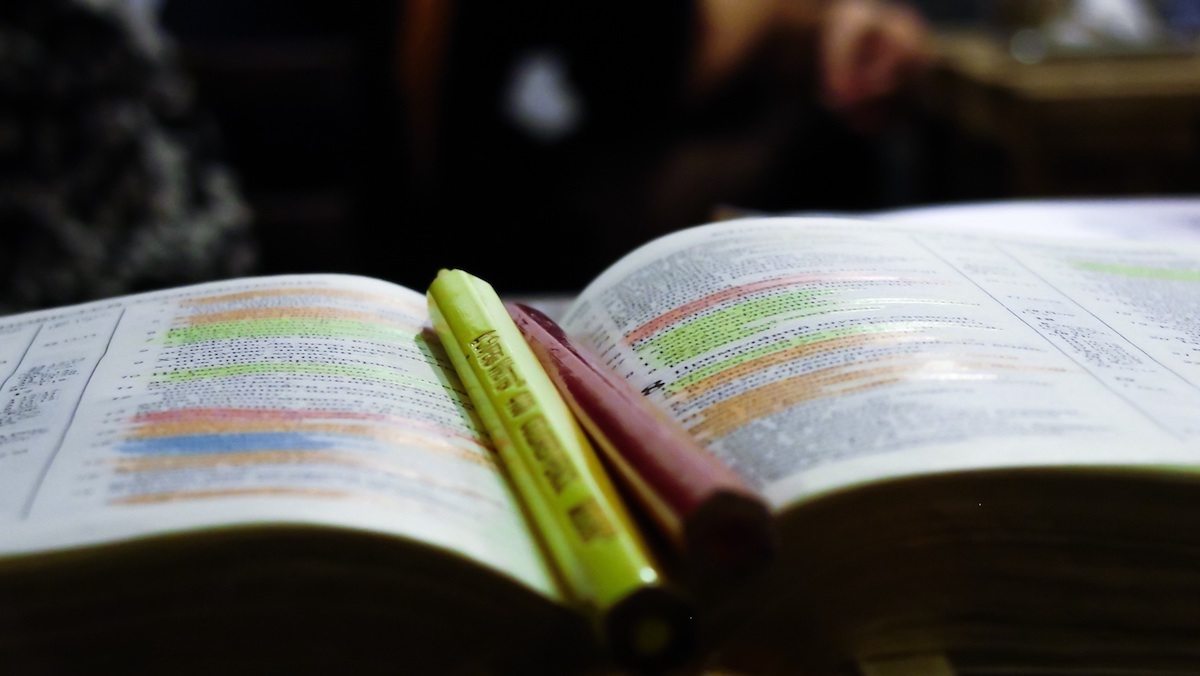 Two travelers were on a seven-mile journey to a village named Emmaus while having a heated discussion about the events of the weekend—the arrest, trial, sentencing, and death of Jesus (Luke 24:20). Jesus’ crucifixion had shattered these disciples’ dreams. Then Jesus appeared. In verses 15-16, Luke gives us “insider information” that the two travelers did not know—the identity of the Man who joined them was Jesus. The passive voice of the verb “were prevented” suggests that someone other than the disciples was responsible for their blindness. But who? Although some suggest Satan, it is much more likely that God was responsible. Presumably, Jesus looked similar after His resurrection as He did before (the women at the tomb recognized Him). So God supernaturally prevented the eyes of these disciples from recognizing Him. They likely assumed this Man was just another worshiper returning home from Jerusalem. How did Jesus respond to the despair, confusion, and faithlessness of the disciples with whom He walked on the way to Emmaus? Take a look:

He said to them, “How foolish and slow you are to believe all that the prophets have spoken! Wasn’t it necessary for the Messiah to suffer these things and enter into his glory?” Then beginning with Moses and all the Prophets, he interpreted for them the things concerning himself in all the Scriptures. (Luke 24:25-27)

Jesus spoke with emotion, expressing disappointment that the two disciples had failed to understand what the Scriptures had said. The combination of “foolish” (unwise) and “slow” describes their struggle to accept by faith what the Scriptures taught about the Messiah—the promised Deliverer who would rescue God’s people from bondage.

Jesus is the Focus of All Scripture

The reference to “Moses and all the Prophets” refers to the Hebrew Bible, what Christians today refer to as the Old Testament. During the time of Jesus, the Old Testament was read as “a story in search of a conclusion. This ending would have to incorporate the full liberation and redemption of Israel, an event which had not happened as long as Israel was being oppressed, a prisoner in her own land.”[1] And so, the Jewish people were waiting for this conclusion that would be spearheaded by the Messiah. Essentially, without drawing attention to Himself just yet, Jesus said to Cleopas and the other disciple, “The crucified Messiah about whom you are confused is the One who brings the story of Israel to its completion, and all the Scriptures have been telling you so.” How did Jesus show the two disciples that the Old Testament Scriptures pointed forward to His suffering and glory? The rest of the New Testament gives us some hints. Our challenge, then, as disciples of Jesus Christ, is to read the Old Testament Scriptures in light of His death and resurrection. We can do this well by asking three questions every time we read a passage from the Bible that Jesus read.

First, does anything in this passage point directly to Jesus?

There are a few places where the Old Testament speaks directly about the coming Messiah: Of course, direct prophecies of Jesus do not occur in every passage, but you will find them sprinkled throughout the Old Testament.

Second, does anything in this passage foreshadow or anticipate Jesus?

Sometimes the most powerful way to communicate is through subtlety. Johann Sebastian Bach once delivered a stark rebuke to King Frederick the Great. The monarch had challenged Bach to compose a six-part fugue—a musical piece in which a theme is repeated or imitated by successively entering voices. He wanted to make the aging composer look bad. But Bach’s Musical Offering delivered to Frederick was “as stark a rebuke of his beliefs and worldview as an absolute monarch has ever received.”[2] By including ten canons, Bach invoked the Law of Moses, inferring that “there is a law higher than any king’s which is never changing and by which you and every one of us will be judged.”[3] The Old Testament takes a similar approach. In addition to direct prophecies, the Old Testament foreshadows Jesus in subtle, indirect ways. For example, knowing that the Gospel of Matthew begins by identifying Jesus as “the Son of David” and “the Son of Abraham” (Matt. 1:1), we can look for ways that events in the lives of David and Abraham anticipate who Jesus is and what Jesus will do. We see Abraham’s “sacrifice” of his son Isaac in Genesis 22 as foreshadowing the sacrifice of Jesus, the Son of God. We see Jesus’ love for His enemies (Rom. 5:8) anticipated by David’s love for Mephibosheth in 2 Samuel 9, as he was a potential enemy, being a descendant of King Saul.

Third, how does the gospel of Jesus shape my understanding of this passage?

The Old Testament is full of wise sayings, principles, and commands. The apostle Paul makes it clear that these still have relevance for us as followers of Jesus Christ. But we can only understand how these wise sayings, principles, and commands apply to us and life properly when we read them through the lens of Jesus’ life and teaching. He came to bring the Old Testament to its complete expression (Matt. 5:17). Then, once we figure out how an Old Testament command or principle applies to us, we can only carry it out in the power of the gospel. Yes, the good news that Jesus died and rose again shapes and empowers our obedience (see 2 Cor. 3:17-18; Gal. 2:14; Phil. 1:27; 2:12-13).

Why is it important to see Bible stories in their relation to Christ? What would you say to someone who argues that the Old Testament Scriptures are no longer relevant for believers today since we are no longer under the Old Covenant? Can you think of an Old Testament law or command that can provide training or correction for us today when we understand it in light of Jesus’ life and teaching? Today’s post is by Steven Mathewson, senior pastor of CrossLife Evangelical Free Church in Libertyville, Illinois. He received a DMin (preaching) from Gordon-Conwell Theological Seminary. He is the author of five books, including Risen: Fifty Reasons Why the Resurrection Changed Everything. He and his wife, Priscilla, have four children and seven grandchildren. This post is adapted from session 7 of The Gospel Project for Adults: Jesus Saves (Fall 2017).